On September 28, 2020 the East Asian Digital Humanities Working Group met for its inaugural meeting. Students, faculty, and staff at Princeton from a wide range of subjects were invited to join.

With 47 participants the event was very well attended with participation from undergraduate and graduate students, alumni, faculty, developers, librarians and museum curators from a wide range of subjects (including, but not limited to East Asian Studies, History, Art & Archaeology, Neuroscience, Politics, Sociology, Religion, and Comparative Literature). Despite not having widely announced the event outside of Princeton, six external participants (from Rutgers, Temple, Montclair State, Uni Jena, WUSTL, and New College Florida) joined the discussion.

The working group discussed its plans for the coming weeks and months. A number of Princeton students, faculty and staff shared in their ongoing or planned DH projects in short presentations. 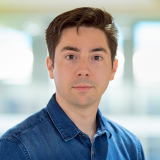